I have created a mini series of light boxes that are currently on show in Twenty Eight on St Stephen Street, Stockbridge, Edinburgh.

Twenty Eight is a not-for-profit venture, run collectively by local artists and creatives, each contributing to the overheads and the running of the shop. It is housed at 28 St Stephen Street, in Stockbridge. The Pop-up has been showcasing the talents of local artists and creatives on a two-weekly rotation since June, allowing the shop to have an ever-changing stock base, letting shoppers find something new each time they visit.
http://www.facebook.com/twentyeightedinburgh

My work in on show during Stockfest, a week long festival celebrating the village of Stockbridge in Edinburgh and the surrounding community. The festival involves local traders, community groups, schools & residents. To celebrate the start of Stockfest I am giving away a limited edition print to the visit 50 people who with Twenty Eight on Saturday the 20th September.
http://www.stockfestedinburgh.com 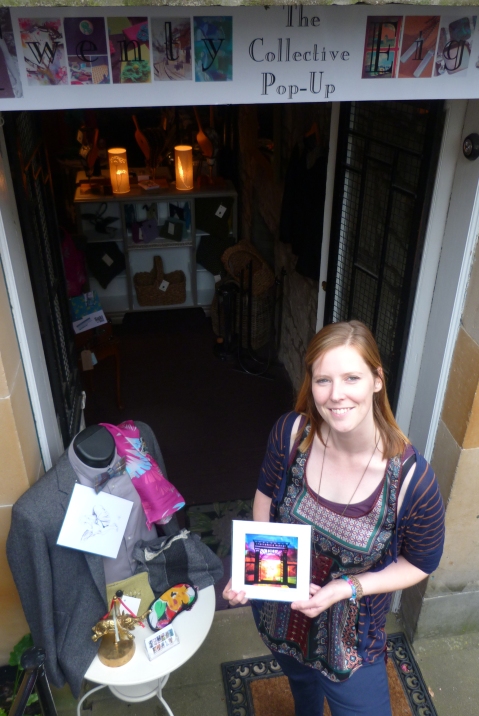 The work I have created for Twenty Eight is inspired by “The Golden Hour”. The golden hour is a period shortly after sunrise or before sunset during which daylight is redder, softer and has a magical quality.

I am Sarah Wakeford, a visual artist working within education, healthcare and community settings. I have a hands on approach to art using a variety of techniques and experimenting with media. I specialise in collaborative artwork that is decorative, colourful and site specific.